From FoxNews: Lucca, who served U.S. troops during more than 400 missions in Iraq and Afghanistan over a six-year span, received the People’s Dispensary for Sick Animals (PDSA) Dickin Medal at the Wellington Barracks in London. She is the first Marine Corps dog to receive the medal, considered the top honor for war animals around the world. 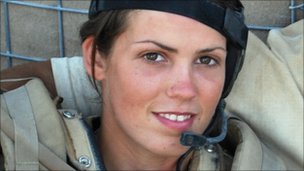 Lance Corporal Kylie Watson was awarded the Military Cross, the third highest medal in the British system given for courage,  for disregarding her own safety in order to save the life of an Afghan soldier. He had been shot twice in the pelvis and was under heavy Taliban fire when Watson rushed to his side and performed life-saving first aid. On another note… has anyone noticed that all of the…